SensorTeam in running for IoT Award! 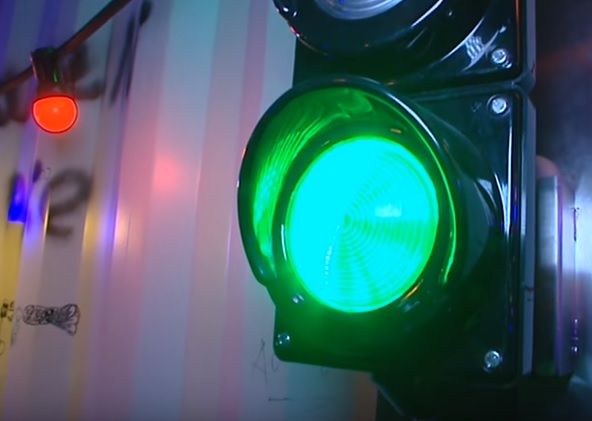 Isn’t it great when things work out? Not even a year ago, we took the first strides in the world of the Internet of Things (IoT) and we are now one of the main players in this domain. Our wireless IoT sound sensors are already used at music festivals and youth hangout spots, and they have even made the news. And we are now in with a chance of landing a major award!

Receiving an award for one of your products is a great sign of appreciation for your work. Although we hope to actually land the IoT Award [page is in Dutch], being nominated in itself already feels like a massive boost. This year will be the first time the award will be presented to organizations that have rolled out the best Internet of Things solutions. There are six categories in total, with SensorTeam being one of the contenders in the ‘Smart City’ category.

What is it about? For the Amstelveen local authority, we have built a professional sound system that is linked to IoT sound sensors. This system has been installed in a sturdy shipping container that has been converted into a youth hangout spot. Given that the sound system itself was made by renowned audio specialist TSR [page is in Dutch], it produces top-notch sound quality. The youngsters enjoy great-sounding tunes, while the sound sensors make sure local residents are not inconvenienced by noise. Youngsters happy, local residents happy.

Here’s how it works. Youngsters can pair their smartphone or tablet with the sound system at the hangout spot using Bluetooth. The system, in turn, is connected to four sound sensors in the local area through a cloud platform. These sensors continuously monitor decibels produced by the sound system. As soon as the volume exceeds a predefined level, the sensors send an alert to the cloud platform to prompt users to turn down the music. Interventions by local law enforcement officials can either be manual ones on a smartphone or by having the system shut itself down automatically as soon as certain sound levels are exceeded.

Law enforcement officials can take sound level readings from any location. To give the youngsters an idea of the sound levels they are producing, we have come up with a very simple solution, a traffic light. When the music is too loud, the traffic light turns orange, and the kids have 5 minutes to lower the volume. If they don’t, the sound system will automatically shut down for a brief period.

Local news station RTVA [page and video are in Dutch] came to see the system in action. Watch the above video to see their report.

When we saw the report on local TV, we felt proud, because what we have pulled off with our team within a short time span is actually quite impressive. Especially when you take into consideration that we started this project in October 2017 and the hangout spot was officially opened on March 1, 2018. In a period of only five months, we built the entire system, tested it several times over, tweaked it, and installed it. That we have now been nominated for the IoT award is simply fantastic. It makes us forget that it was not always plain sailing. Just before the official go-live, the technology nearly let us down – how typical – and our engineer had to work overnight several times to make the deadline. We pulled it off, but we still have to further develop the IoT SoundSensor, as is it officially called, to monitor ambient noise with even greater precision. This is still a work in progress.

In the IoT SoundSensor, we have developed a tool that basically everyone will be able to use. Being wireless, it can be installed anywhere. The sensors are connected to KPN’s LoRa network, meaning that they do not need WiFi or 4G connectivity. They get their power from a solar panel combined with a long-lasting battery. It all makes the IoT SoundSensor extremely versatile, as it can be used to monitor sound levels at construction sites, along busy roads, and – as is already the case – at music festivals.

Even though the award has not been presented yet, the sense of achievement we get out of the youth hangout spot project in Amstelveen gives us an enormous boost. We look forward to the presentation of the IoT Awards on May 25, 2018, at the annual IoT Congress in ‘s-Hertogenbosch [page is in Dutch]. Here’s what we’ll do if we land the award: we’ll raise the roof, complete with bells, whistles, and other noise, and we’ll let you monitor the noise we produce live on Facebook.